GeneratePress is a simple, responsive, and lightweight free WordPress theme, which has been downloaded more than 1,170,000 times and counting. Four years after the initial release, its developers announced the arrival of version 2 earlier in December. This major release now comes with a better performance and usability.

Speaking of lightweight, GeneratePress now only weighs about 30kb on the frontend of fresh installs. They managed to decrease the page size by switching to a system font stack and by not loading jQuery anymore. Amongst other improvements, that is.

If you are using a child theme with custom page templates you need to replace the deprecated generate_sidebars hook with the new generate_after_primary_content_area hook, and add the sidebars function. As backward compatibility is given, your sidebars will still be shown after the update to v2.0.

Even though GeneratePress can be used for free, you might want to add some features. That’s where GP Premium comes in place. Basically, it’s a collection of 14+ premium modules such as the WooCommerce add-on that comes with a price tag of less than $40.

These add-ons allow you to easily customize the look and feel of your WordPress site and even your WooCommerce powered online shop.

Check Out The GP Premium Collection » 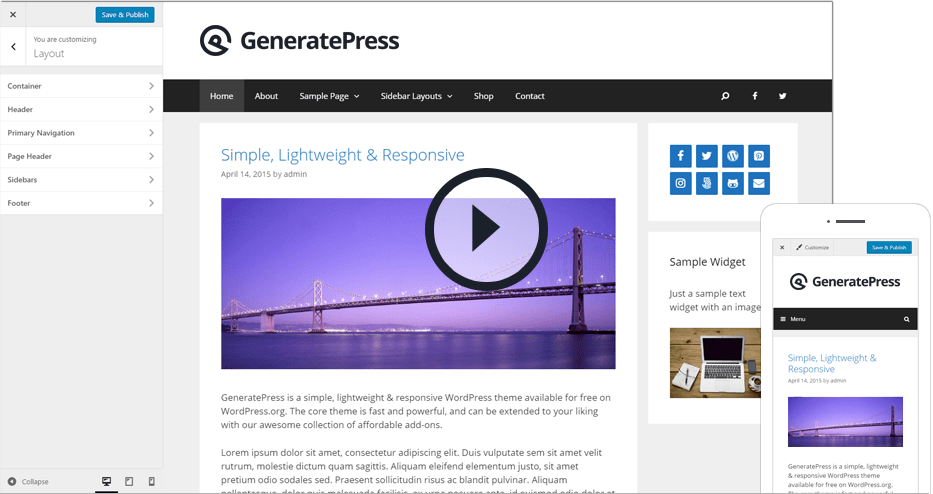 Ahoi, Dev! is a ShabuShabu project by Stefan Glumpler & Boris Glumpler - a brother and web designer / developer team based in Munich, Germany. Servus from Bavaria!
Articles: 2458